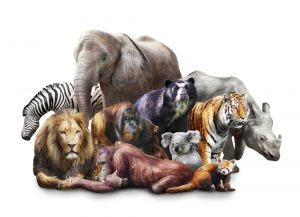 As monophasic sleepers human’s days are distinctly divided into two periods: day and night, one for sleep and one for being awake. Polyphasic sleepers, on the other hand, sleep for short periods of time, several times throughout a 24 hour period. Not all humans follow a monophasic sleep pattern. European countries like Spain follow a biphasic sleep pattern. Spain closes their shops in the middle of the day for lunch and a nap. They sleep 5 to 6 hours at night and then nap for 20 to 90 minutes each day during their siesta. This sleep pattern matches our circadian rhythm which tells us we need sleep in the afternoon when we become naturally drowsy. Scientists believe this is the healthier sleep pattern, as humans are more alert and productive after their nap. Not only babies and older people benefit from naps, many famous adults valued an afternoon nap including Napoleon, Albert Einstein, Thomas Edison, Winston Churchill, John F. Kennedy, Ronald Reagan, and George W. Bush.

In contrast, monophasic sleepers sleep 7 to 9 hours per night and can become drowsy several times throughout their wakeful period reducing their productivity, and mental clarity.