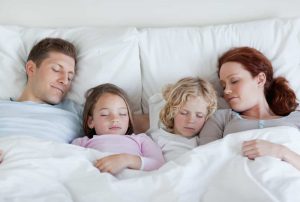 In his last sleep blog, your Livonia, MI dentist, Dr. James Stewart, shared some results of this year’s National Sleep Foundation 2014 poll. The poll results are chuck full of interesting and useful information. In today’s blog, Dr. Stewart continues discussing some of the results.

The Role of Electronics

Electronics such as televisions, computers, cell phones, tablets, and video games have become fixtures in the American bedroom. Often children fall asleep watching TV or stay up late texting or playing video games. Over one third of those polled leave the TV on while they sleep. Sixty-eight percent of adults and 51 percent of children had at least two electronic devices in their bedrooms. This can be disruptive to sleep patterns. The older the child the more likely they have electronics in their bedrooms. For instance, 89 percent of teens 15 to 17 have at least one electronic device in their room during bedtime.

Look for the third installment of Dr. Stewart’s recap of the National Sleep Foundation 2014 poll results.