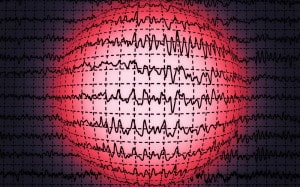 Rapid eye movement, or REM sleep, was discovered in 1953 and has led to a wealth of research and information  regarding the mysteries of sleep. Today, your Livonia, MI dentist, Dr. James Stewart shares some interesting REM sleep facts.

Fact #1: The reason the continuous brain recordings that led to the discovery of REM sleep were not performed until 1953 was in part because the research scientists did not want to waste paper.

Fact #2:  It was originally thought that dreaming only took place during REM sleep. It has since been discovered that dreams also occur during non-REM sleep, albeit to a lesser extent. Therefore, there may not be one moment during sleep that we are not dreaming.

Fact #3: REM dreams manifest themselves as bizarre imagery and plots that make little, if any, sense. Non-REM dreams have little imagery and are characterized more like thoughts or worries. An example would be dreaming in a repetitive or continuous loop that you misplaced your wallet, or forgot to pay a bill.

Fact #4: Because certain newborn animals including kittens, puppies, and rats experience more REM sleep than certain animals that are more developed at birth such as guinea pigs, and because premature babies experience 75 percent REM sleep which is 10 percent more than full-term babies, it has been theorized that one purpose of REM sleep may be to allow for the development of our brains.

Fact #5: REM sleep is usually experienced about 90 minutes after a person falls asleep. It totals about 2 hours each night and occurs in bursts.